LAWRENCE, Kan. - P1 Group electricians and building technologies staff were called for an emergency repair to internet fiber cables that were accidentally cut, affecting thousands of people, on March 29 in a construction zone at the University of Kansas. 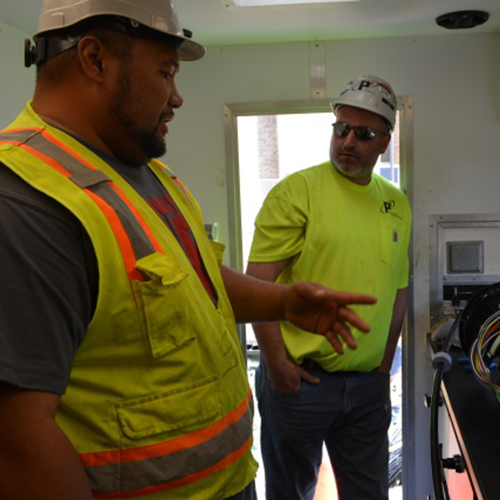 The accident shut down internet service, access to KU email and ku.edu websites, and also some phone service. About 15,000 K-12 students in several states were taking online tests through KU’s Center for Educational Testing and Evaluation, and were frozen, mid-test, when the cable was damaged.

The P1 crew worked around the clock for four days  to restore internet and phone connectivity as quickly as possible. The crew will be onsite for several more weeks to fully restore the fiber cable. Another service provider’s distributed antenna system (DAS) was also damaged in the accident, and P1 Group will be repairing it as well.