When the Wolf Creek Nuclear Operating Corporation requested a proposal for the Essential Service Water and Containment Area Cooler Replacement Project scheduled for Refuel 22, P1 Group was the natural choice.

According to Tom Crumrine, nuclear division vice president, the project was competitively bid out to four or five contractors. P1 Group was awarded two large portions of the project based on past performance and long-standing relationship with Wolf Creek.

“Due to our knowledge and understanding of the client, P1 Group structured a bid that specifically targeted their needs, and Wolf Creek determined P1 was the best fit,” Crumrine said.

The two-fold scope of this project included replacement of twelve cooling coils and eight associated manifold header pipes on the CAC units. Additionally, P1 Group was selected for the prefabrication of piping assemblies prior to the refuel and the replacement of approximately 540 feet of ESW pipe. 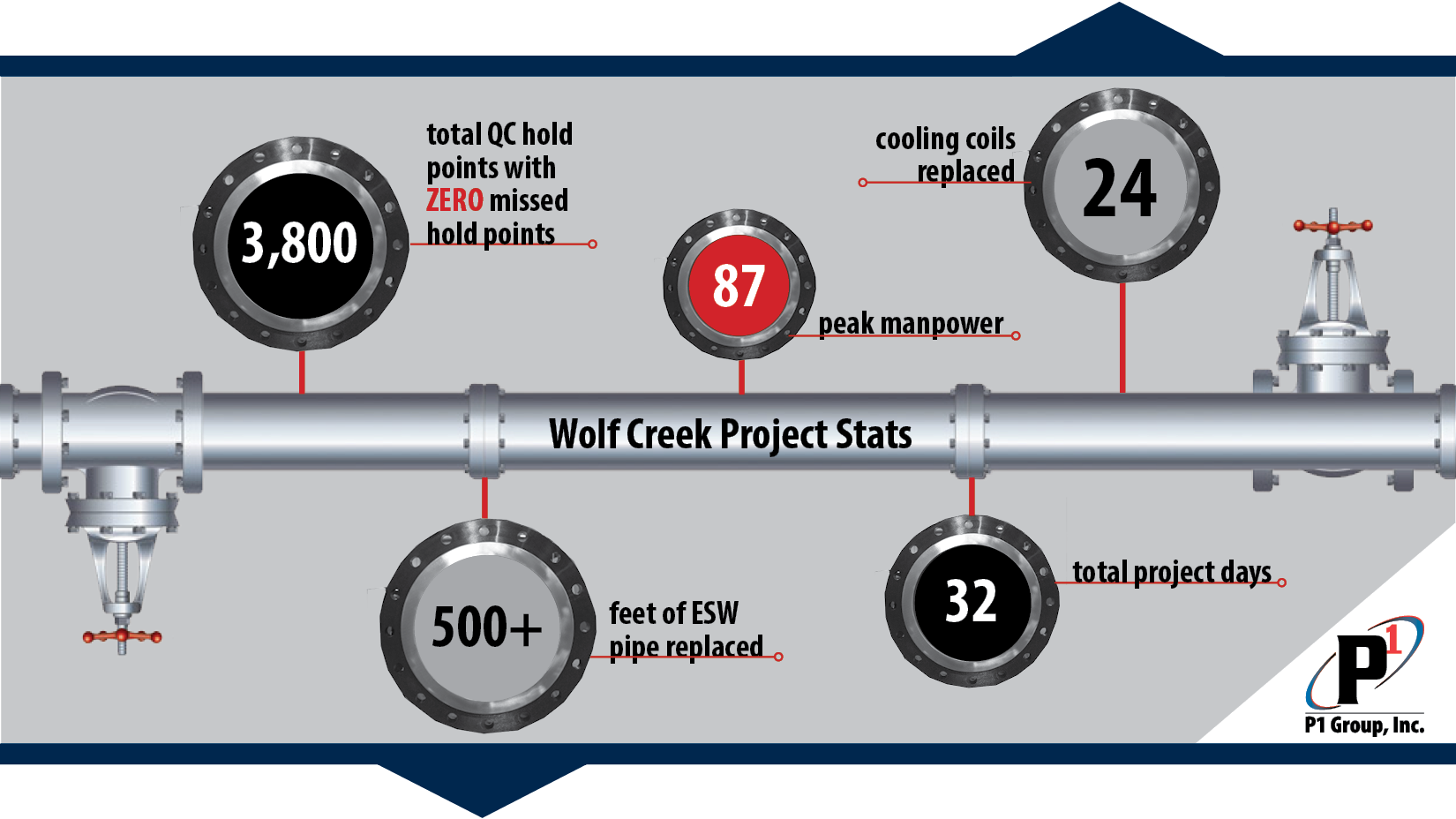 Here’s what P1 Group did:

Crumrine also noted this was a project with higher risk than past projects at Wolf Creek since it took place on the “hot side” of the plant (auxiliary and containment buildings). P1 Group workers had to be dressed properly, were limited in their stay times and required close monitoring at all times.

100 Years Strong: Over the last century, P1 Group has built strong relationships and solidified customer trust with clients like the Wolf Creek Nuclear Operating Corporation. We are proud to continue serving long-time clients and look forward to developing solutions for new ones in the years to come.