It’s not only beginning to look a lot like Christmas, but also sound a lot like Christmas. Holiday tunes are being played everywhere you turn. And whether you like the fun bouncy tunes that get you motivated to wrap gifts or bake goodies, the carols that connect to your spiritual side, or a combination of the two, we can all agree this music is an integral part of the magic we call the holiday season.

The tradition of singing carols has been around for centuries, so it’s no wonder that some tunes contain lyrics that leave us somewhat puzzled.

For instance, why are they even called “carols”? And what, exactly, is “figgy pudding” anyway?

These are just a few of the mysteries that deserve some attention.

The word carol actually means “dance or song of praise and joy”, and the first carols were sung centuries ago in Europe, during pagan rituals.

Carols were originally sung during all four seasons, but when Christians started celebrating the birth of Christ only the tradition of singing them at Christmas survived. Most Carols from this time were seen as entertaining rather than religious, and were sung in homes and in places like pubs.

They weren’t thought of as “proper” by the middle and upper classes until the mid-1800s, when a couple of guys went around and collected old Christmas music from villages in England and had them published. Partly due to their efforts, carol singing turned into the mainstream tradition that continues today.

“Good King Wenceslas” is one such carol that has been around for centuries and with intense research (Google), I discovered that King Wenceslas was actually a real person, but neither a king nor named Wenceslas.

His name was Vaclav, and was the Duke of Bohemia in the 10th century. Vaclav would wander around his dukedom at night giving generously to the poor, which made him a very popular guy. After he was assassinated by his brother, he was declared a saint and posthumously made king by Otto the Great. At that point he was dubbed “Wenceslas”, which means “greater good.”

But the carol didn’t come into being for another 800 years, when an Englishman named John Mason Neal found an obscure Finnish tune and the story of an obscure Bohemian Saint and brought them together in harmonic bliss in what you might call the original Bohemian Rhapsody.

Around this same time, carolers would go out and about wishing their neighbors a Merry Christmas, and clamor for some figgy pudding. 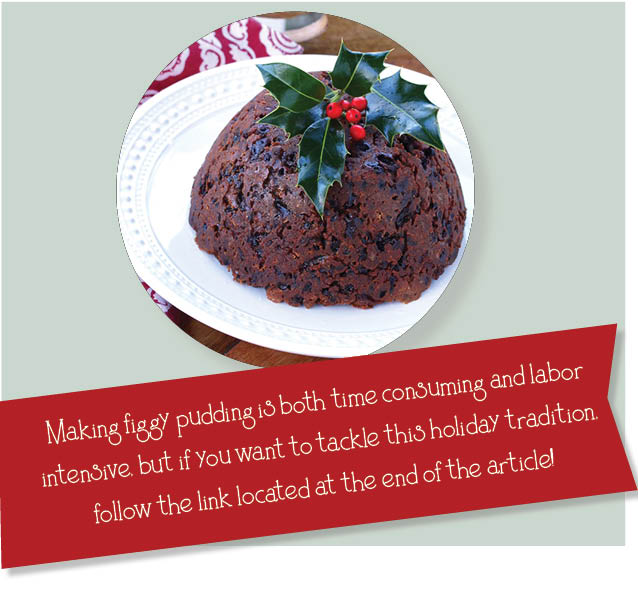 Figgy pudding is not anything like fruit cake, does not contain figs, and bears no resemblance to the creamy custardy treat known as pudding in America.

It is, however, a holiday staple on the British holiday table and has origins dating back to medieval times. When carolers went out to wish the neighbors a Merry Christmas, they were also hoping to be rewarded with this delectable treat.

Another Christmas treat that we hear so much about in carols is chestnuts.

Hearing Nat King Cole croon, “chestnuts roasting on an open fire,” evokes an image of a Christmas tradition most of us have never actually experienced.

Chestnuts were synonymous with Christmas in the United States long before this carol was written. It was the most popular ingredient in American dishes throughout the 18th and 19th centuries, because the Eastern seaboard was covered in chestnut trees.

The nuts were about the size of an acorn and after roasting, the flavor took on an almost candied sweetness.

In 1904, a gardener noticed a chestnut tree suffering from a mysterious blight. The disease was traced back to an imported variety of Asian Chestnut, but by then it was too late. The blight spread, and within 40 years, nearly every American chestnut was gone.

Even though the tradition of roasting chestnuts may be a thing of the past, and you probably won’t have figgy pudding on your holiday table, you can count yourself a little wiser now knowing the meaning behind some of these lyrics of old.

So as you prepare for the holidays, just remember, have a Holly Jolly, Joy to the World, on this Silent Night, Merry Little, All I Want for Christmas is (You, or a Hippopotamus), Rudolph the Red Nose, and don’t get Run over by a Reindeer, Christmas.