Motivation and a “can do” attitude have never been a problem for Rachel Toney. And that is exactly what she summoned to make an unorthodox career move, creating a better life for her and her family.

Even as a teenager she had a strong drive for success. Dually enrolled in both high school and college, she walked across the stage to receive her associates’ degree in accounting two weeks before her high school graduation.

After high school she went into the army for a few years and when she got back, realized she no longer wanted a career in accounting.

She completed her bachelor’s degree in psychology at the University of Missouri-Kansas City (UMKC) and went on to work in acute psychiatric care unit for 10 years.

While she enjoyed her work, healthcare hours were far from traditional. Long shifts included nights, weekends, and most holidays, and weren’t easy to manage with small children at home.

She hoped for career advancement, but was told she would need to return to college for a Master’s degree.

As a single mother with three kids, Rachel decided it was time for a career change and started looking for other opportunities. She needed something where the hours lined up with the kids being in school, and that might give her some time to take graduate classes.

Rachel started looking into the union trades because she heard they paid well, had regular hours, and good benefits. She applied to the sheet metal union and was called in for an aptitude test.

She did very well on the test and found out she had a real knack for spatial reasoning, a critical skill in this trade. After an interview at the union hall, she was assigned to P1 Group.

“I went into this not knowing what I was getting myself into and I had people telling me I was crazy and couldn’t do it,” Rachel recalls.

She jumped right in and soon discovered just how physically challenging the job could be.

“My bruises had bruises and I soaked in Epsom salts every night,” Rachel explained. “I think when I first started out, they wanted to see if I really wanted to do this or not, so I was pushed pretty hard, but I wasn’t going to back down.

“Then the day came when the job became second nature and I wasn’t doubting myself. I realized that I really knew what I was doing, and that was very rewarding,” she said.

She says being a female on a construction crew has been mostly positive, but there have been challenges along the way.

“You still run into some old-school attitudes, people who think females just don’t belong here, but P1 has a pretty good group of guys that have been very supportive,” she said.

“I know that I could not have made it this far without the supportive sheet metal mentors I’ve had over the years. Their willingness to teach and pass on their skills has enabled me to become successful,” Rachel said.

“Rachel has never shied away from any task or job and is always willing to learn and work toward developing her skill set,” he said. “She is not only interested in how to do something, but why we do it. She definitely understands the value of seeing the big picture.”

Even though the road has been challenging and unorthodox, Rachel relishes the time she now has to spend with her family. With 50 acres to roam, they love getting outdoors when the weather is nice. Floating in the pond is one of their favorite activities.

When she sees her kids enjoying themselves in the water and the peacefulness of the outdoors, she knows her career move to the trades was the right one. 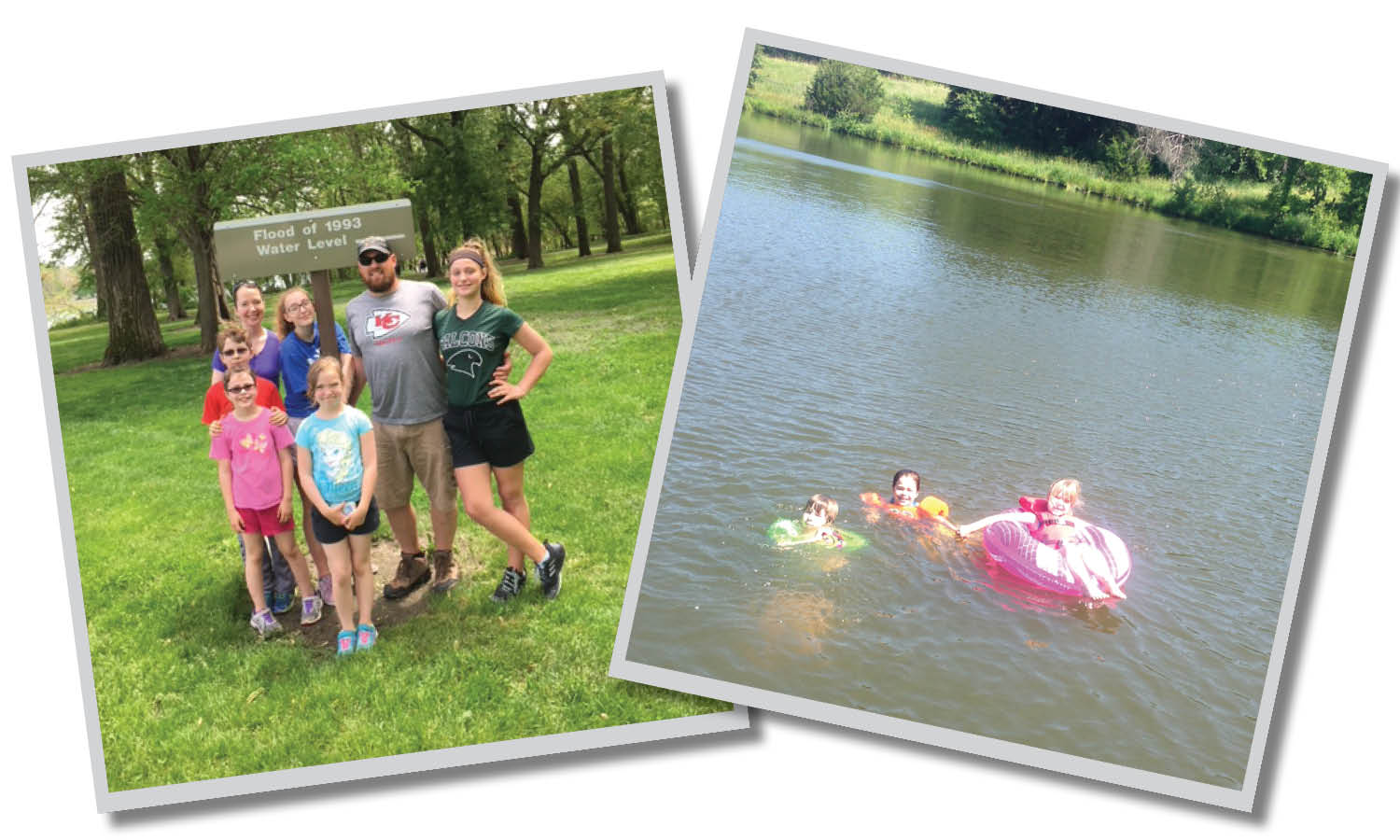 Giving Back to Our Associates’ Favorite Causes