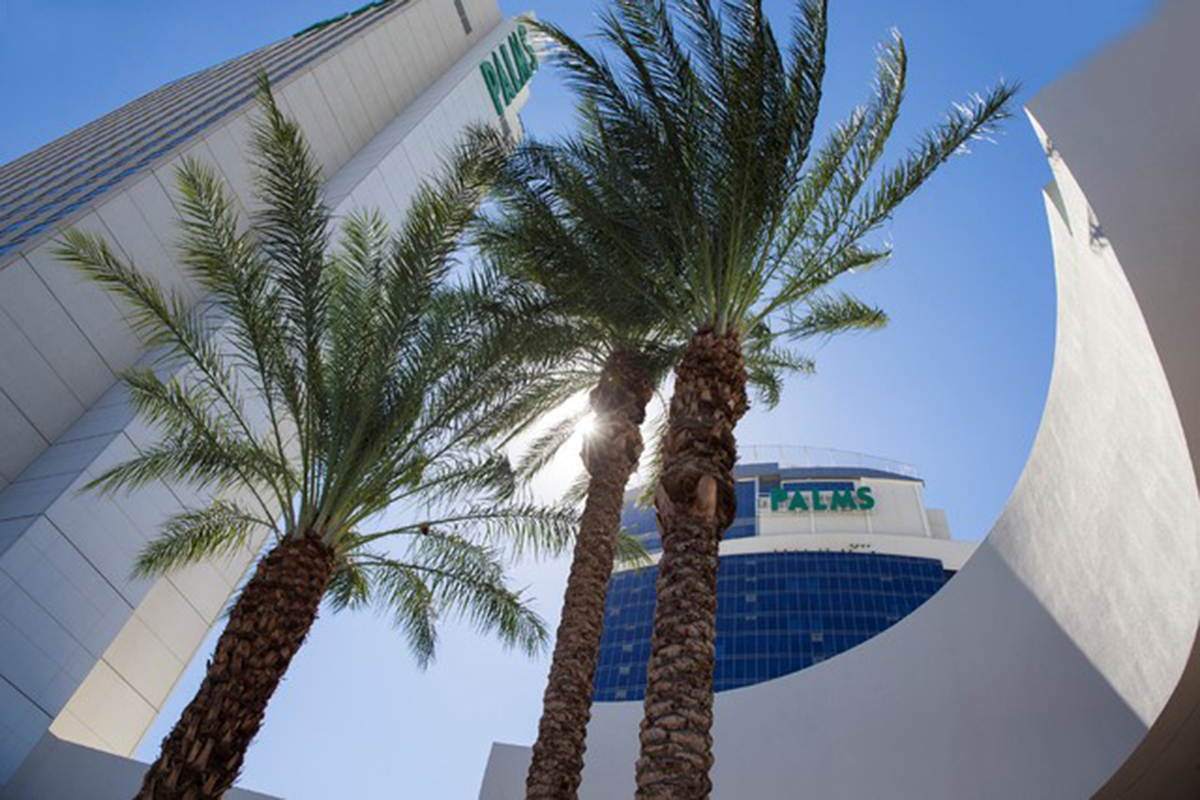 With the kids back to school, a grownup visit to Las Vegas may be just what you need. The Las Vegas office is finishing up the Fantasy Tower remodel at the Palms Hotel and Casino (slated for October 2018), and you might want to think about booking your stay.

The tower remodel consists of 282 redesigned and renovated hotel rooms, presidential and themed suites along with 60 new hotel rooms from unfinished space in the tower.

The project’s first challenge was that it consisted of four separate projects, running concurrently. Project Manager Chad Mosley, Pipe and Plumbing General Foreman Dan Osborne, and Sheet Metal General Foreman Ian Longhurst, had to manage all four at once. This included villas, themed suites, presidential suites, and typical rooms with different superintendents from the general contractor and management teams.

According to Vice President Brad Davis, his team demonstrated some serious coordination skills to overcome the second challenge: the hotel tower was open and occupied by guests for the duration of the remodel.

“While occupied by hotel guests, we had to shut the water down at night and tie in new valves for a floor,” Brad said. “This all had to be accomplished in one night and required massive coordination between our field and hotel management, all while staying nice and quiet so as not to wake guests.”

On the sheet metal side, all of the air distribution for the villas had to be concealed so guests couldn’t see where the cold air was coming from. It was a huge coordination undertaking for Ian Longhurst to make sure the client was pleased with the result.

To complicate things further, Davis said all the room fixtures had to be stocked at night because there are only two elevators serving the 40-story hotel.

“It was a logistical nightmare but our team was able to accomplish it,” Brad said.

Extremely special care had to be taken with the costly plumbing finish for the villas to ensure they didn’t get damaged.

“Some shower assemblies (shower valves, body sprays, shower heads) were in the price range of $12,000 each” Brad said. “The plumbing fixture package for the four projects totaled $1,400,000.”

With all the challenges, the P1 Group Vegas team got through the project successfully, once again demonstrating the value of partnering with an experienced top-notch contractor for a project of this scope.

Lawrence Office Gets a Remodel

Giving Back to Our Associates’ Favorite Causes