Every two years, the Mechanical Contractors Association of Kansas City recognizes Outstanding Mechanical Installations from the Metro. This year, P1 Group and Garmin earned the OMI award for their new warehouse facility – building 5 in the “plumbing over $2 million” category.

“The goal of the award is to recognize quality craftsmanship in local projects,” said P1 Group President Kollin Knox. “It’s a great collaboration between contractors, owners, and union.”

Each year, contributions by Mechanical Contractors into the Pipe Fitters Industry Development Fund provides two $10,000 scholarships to the sons and daughters of Local 533 Members.

According to Senior Project Manager Jason Quattlebaum, “The Garmin – New Warehouse project was a high-profile project for Garmin as it now houses the production, manufacturing, warehousing, and distribution of a number of the products they produce.”

“What set this project apart was the utilization of a siphonic roof drainage system in lieu of the standard gravity drainage system. The siphonic system is a fully engineered system that utilizes suction (or vacuum) in the system to essentially pull water from the roof,” Jason said. 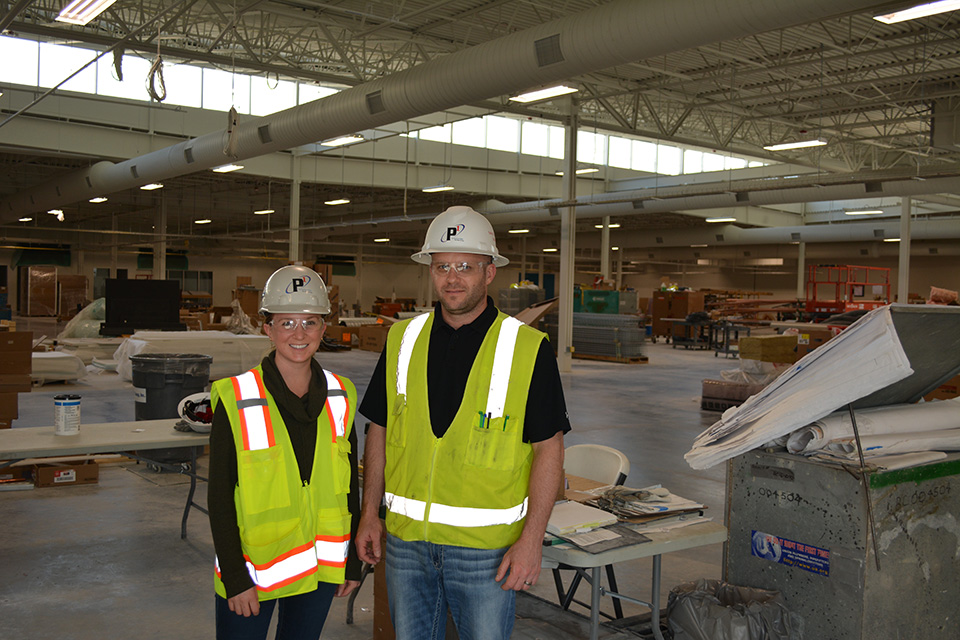 “This type of engineered system has strict dimensional tolerances. Considering that a majority of the system is 40’ above finish floor, which was gravel during installation, P1 Group elected to fabricate the entire roof drainage system - mains and overflows - prior to installation to assist in maintaining those dimensional tolerances in the field. It totaled more than 10,000 linear feet,” Jason said.

“By fabricating the entire storm system, we ‘outran’ the installation of roof decking and even outran the installation of the steel structure, so when it came time to assist the GC in getting water off the building footprint, we were ready to accommodate.”

P1 Group’s signature single-source capabilities once again played a crucial role in the success of the project.

“Even though this award recognized the plumbing installation, each team member played a significant part.

Through hard work, dedication, and a continued collaborative effort, we were successful in all aspects and all trades involved on the project.”