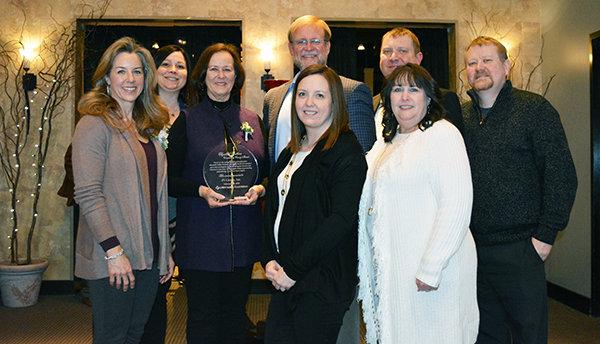 On February 28 at Maceli’s in Lawrence, Kan., the Lawrence Memorial Hospital (LMH) Health Foundation bestowed one of their highest awards upon P1 Group.

Annually, LMH selects a few individuals or businesses to receive the award. Six awards were given this year.

According to Earl Reineman, Major Gifts & Planned Giving Manager at the LMH Health Foundation, the Elizabeth Watkins Award is reserved “for those that have gone ‘above and beyond’”.

“This award is given to those who have helped make LMH an exceptional hospital, and who have demonstrated the same spirit of community and philanthropy as Elizabeth Watkins herself,” Earl said. “P1 has been an amazing partner for us.”

The event program stated the following:

“Under Smitty Belcher’s leadership as CEO, P1 Group has become one of the nation’s premier mechanical, electrical and plumbing contracting and service organizations. Nationally recognized for its safety standards, high-quality craftsmanship and diversified capabilities, P1 Group has received numerous awards and celebrates its 100th anniversary this year. P1 Group has supported LMH Health in many ways, including a tremendous amount of participation from company employees in support of major fundraising events, such as Hearts of Gold. P1 Group has been a significant corporate partner for the hospital.”

“As a Lawrence family, we’ve been supporting LMH for many years. A community’s health system ranks among its most important assets, and we are committed to doing our part to help LMH thrive,” Smitty Belcher, P1 Group CEO, said.

“A strong health system not only serves obvious community medical needs, it helps attracts other businesses and employees to live and work in Lawrence.”

The Belcher family has lived in Lawrence for several generations and actively supports the community. 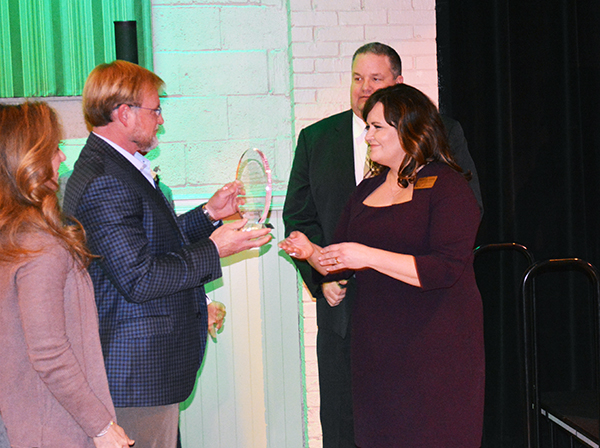