The trend of keeping backyard chickens has been on the rise over the past few years, and VDC Specialist Nate Littlejohn has recently joined the ranks of back yard poultry farmers.

Having fresh eggs available is one of the obvious reasons people are drawn to raising chickens, but Nate says his reason stemmed from just one thing – his daughter loves chickens.

Nate has two daughters, 15-year-old Kyra and 12-year-old Lydia. A few years ago, Kyra decided that she absolutely loved chickens and wanted to raise them. Nate said he managed to dissuade her for a while with the excuse that there were foxes in the area and the chickens would fall prey to them. But when a new family moved in nearby showing off their ability to successfully raise chickens, there was nowhere to hide. So this past Christmas, the chicken adventure began.

Before chickens could join the family, they had to have adequate housing, so Nate took on the task of building the chicken coop.

“My cousin built one with plans he got online, but I didn’t like the way his turned out, so I decided to design my own,” said Nate.

He looked at a bunch of coops to decide what he wanted and then proceeded to use his skills in AutoCAD to design first class accommodations for the future flock. He even made prints and a pre-cut list.

Nate developed a love of AutoCAD when he was in high school. When he joined the union as a sheet metal worker, he was thrilled to find out that there was a career path available the used both his sheet metal knowledge and AutoCAD. After four years in the field, he transitioned in to the office as a sheet metal detailer and in 2014 became a VDC specialist at P1.

“I’m pretty happy with the way the coop turned out, and the best part is I was able to use many materials I already had on hand,” said Nate.

The completed coop is 13’ x 8’ with an 8’x 8’ adjoining pen and now houses nine hens and one rooster.

Nate says during the day, the chickens are allowed to roam free around his small acreage and never seem to wander out of site of the coop.

“The girls are ultimately the caretakers of the little flock and they do a really good job,” Nate said.

“Building the coop took some effort, but it has been worth it. The girls are really enjoying them and we have enough fresh eggs for our family and plenty to share with friends.”

If you are interested in building your own coop, hit Nate up, he has all the building plans available. 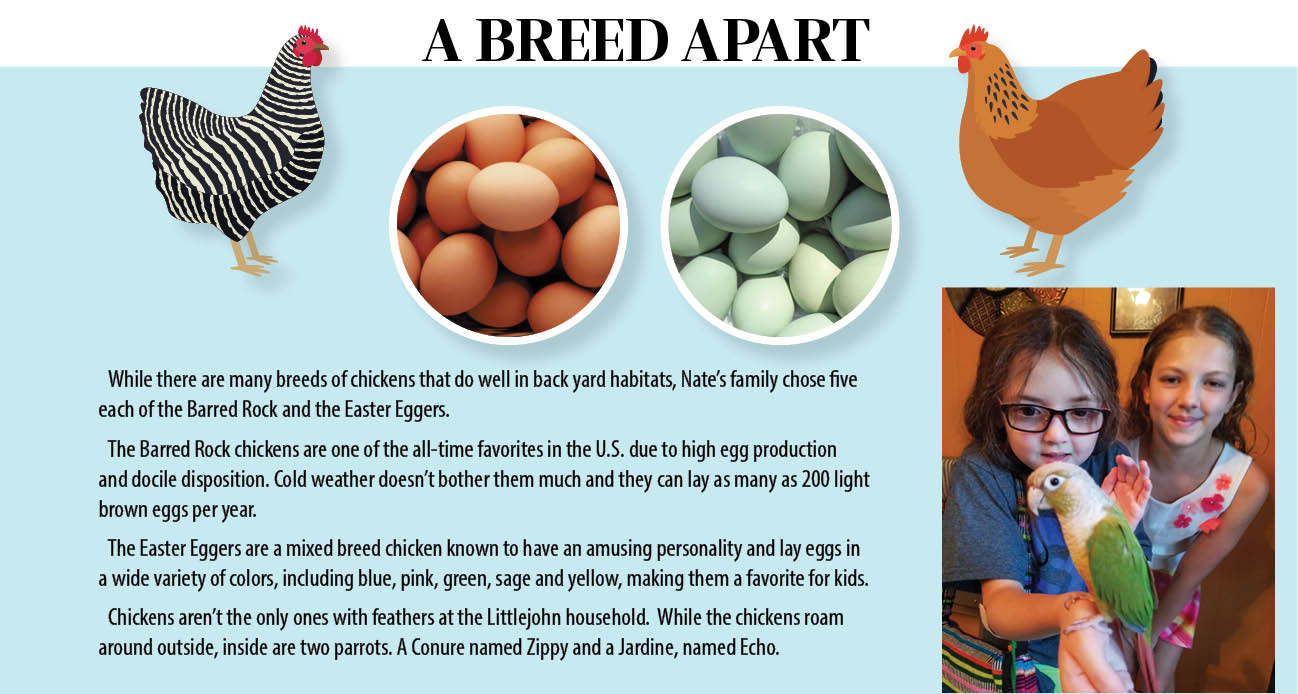 The Way Things Work: Engineer Swapnil Shende Turns a Love of All Things Mechanical into a Successful Career

Get in Touch With Our Team