May 1 is National Skilled Trades Day, so what better time to celebrate our own men and women in the trades.

There’s a lot of information out there regarding the serious shortage of skilled laborers. Between Baby Boomers retiring and far fewer young people pursuing skilled labor careers, the pipeline is thin.

“Just like many parents who would rather see their children pursue a four-year degree and corporate job, academia has not typically been promoting or encouraging careers in the trades,” Kollin said.

The good news is Kollin sees that starting to turn around as more counselors and educators realize college isn’t for everyone.

“We’re starting to find that academia is cooperating more with those of us recruiting for the trades by promoting that you can earn a very nice living as a skilled craftsperson,” he notes.

“We need to get kids that decide not to go to college or are in vocational schools. As an industry, we should focus our recruiting efforts toward a younger age than we have historically, preferably at the high school level.”

College Isn’t for Everyone

The four-year college degree trend may be changing as the younger generations grow tired of the high-dollar loans and low entry-level pay of the white collar world.

According to the article “Why More Millennials are Choosing Blue Collar Jobs” in Forbes, “more and more members of Generation Y are taking advantage of on-site training and even apprenticeships, rather than betting a college education will result in a career that will impress and appease their parents.”

Kollin notes that while working in a trade requires physical labor and can be harder on the body (which may deter some), there are certainly distinct advantages.

It’s not all physical labor, either. Kollin points out that the dependence on ever-evolving technology is as much a part of the construction industry as it is any other industry.

“There are more technology-related jobs, like virtual design construction, coming online in our industry that require more brain than brawn,” Kollin said.

Pam Nolte, Senior VDC Specialist for Piping, is a plumber by trade but now works in the P1 Group Virtual Design and Construction department.

“Plumbing was actually a second career – it was recommended to me by a friend who worked for P1 Group. He said so many good things about it, I decided to do it,” Pam explained.

“It’s a good living. I wasn’t afraid of physical work, and I like building things. There’s a lot of satisfaction in building something and seeing your work. When I was out in the field I did a lot of layout and organizing.”

Looking to the future, Pam decided to transition to the office. “Since I have more physical limitations now, I had to think about that,” she said.

“And really, this job is no different, I’m just doing it on the computer instead of out in the field. I’m still doing the layout, utilizing code and reading prints. It’s just not as labor intensive.”

Learning a trade might just be a surer path to a stable job, and we look forward to the next generation of craftsmen and women. 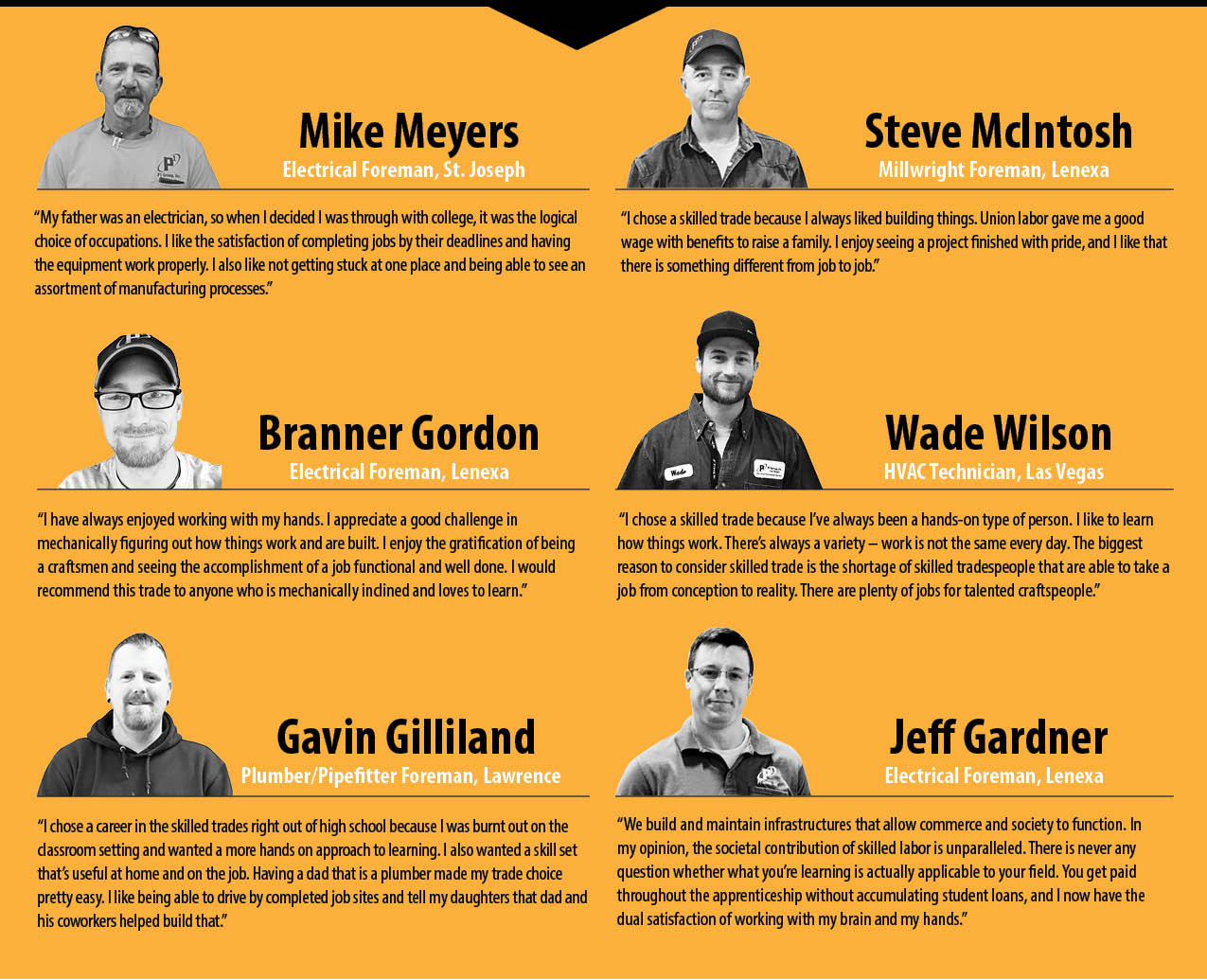