Life is What You Make it: The Adventures of P1 Service Coordinator Susan Watson

Service Coordinator Susan Watson has always believed that “life is what you make it,” and with this attitude, her life and career path has definitely been full of adventure.

Susan is the youngest of five children and grew up in Missoula, Montana. After finishing high school, she got a job at the Super America gas station and joined the Sheriff’s cadet program.

The cadet program taught young men and women about law enforcement as a potential career.  As a cadet, she did security work at events and worked at the World’s Fair in Banff in the public exhibit buildings. She was able to go on field trips to crime scene investigations, ride-along with officers, and visit other police departments to learn about being a deputy.

As it turned out, she decided that law enforcement wasn’t a career she wanted to pursue, and, after getting laid off from the gas station, found herself unemployed and scouring the want ads.

“I replied to an ad in the local paper and drove 200 miles to Spokane Washington where I was hired to work on a crab boat out of Dutch Harbor Alaska,” Susan said.

She was 25 years old and set off to be a deck hand in the Bering Sea. If you have ever watched “Deadliest Catch” – that was Susan’s life for six months.

“We caught live crabs and loaded them to the processing ship and I’m here to tell you,” Susan said, “Hell is not hot!”

She said it got to 70 below with the wind chill and the only thing keeping them warm was the intensive physical labor. Susan and her colleagues wore coveralls and rain gear along with big heavy boots with cleats on them so they didn’t slip on the deck.

“You work non-stop. You only get to sleep when you are traveling to the next area, so you work about 18-20 hour days,” Susan said. “It’s hard work but I liked it because it was so different.”

She spent most of the time out in the middle of the Bering Sea, but when she was able to go to land, it was small Alaskan fishing villages inhabited by indigenous people.

“Going into those little villages was like walking into the past. There were no trees and everyone lived off the land for the most part. It was unlike anything I had ever seen before and it was amazing to experience that,” Susan said.

At the end of the crabbing season, she went home for two weeks, and then went back for the salmon season, which lasted about two months.

When salmon season was over, she moved on to the next adventure: working on a residential construction crew, which led to a job in the logging industry.

“In logging, you work year ‘round, but the winter is when the trees are cut, so it doesn’t damage the ground, and in the spring you go back through and plant trees,” Susan explained.

Susan had the job of a Hooker. The Hooker works on forested slopes, cutting the limbs off and then wrapping chains around the logs. Cables were then hooked to the chains and the logs were pulled up the mountain to be loaded on to trucks.

Then other companies would come through and put the limbs in piles to dry where they would be burned in the fall.

She had been logging for about three years when her then-boyfriend was hired on with the railroad. 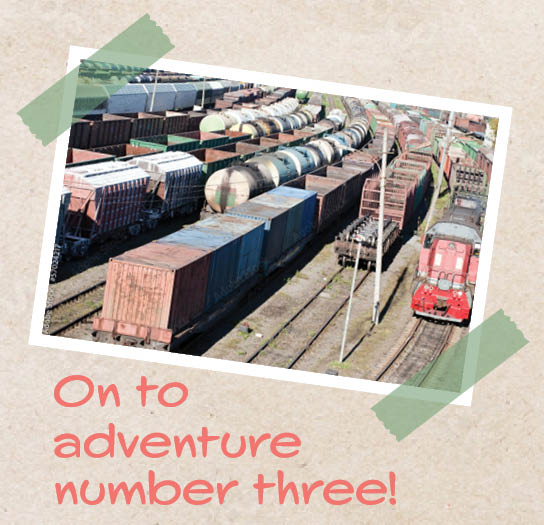 “He told me I would love it, so I applied and was hired to be a switchman where I worked out of the train yard and switched out boxcars,” Susan said.

She did that for a few years but after dealing with seasonal layoffs, she applied for a position as a dispatcher. She returned to her Missoula, Montana roots for the job, but after five years, she was transferred to another state.

Susan and ten friends decided to move to Sioux Falls, SD with the I&M Rail Line.

Susan was in South Dakota a couple of years when one of her coworkers told her he was applying to the Kansas City Southern Railway.

She made a call to KC Southern to get some information, ended up applying for one of the available positions herself, and flew to Louisiana to interview.

“After I got the job, the railroad came in and packed up my stuff and moved me,” Susan said. “I lived in Shreveport, Louisiana for five years and then the job moved to Kansas City, so they came and packed me up and moved me again.”

That was in April of 2009, and she was able to buy her first house in Gladstone, MO where she has been…wait for it…
ever since!

After 26 years at the railroad, her position was eliminated and her experience as a dispatcher brought her to P1 as a service coordinator.

“I’ve had a lot of jobs during my life that were challenging and exciting and now I get to work at P1 and I just love it,” Susan said.

“Everyone works hard, absolutely, but everyone is very friendly and treats me like I’m important and my role here is important,” Susan said. “This is the reason I enjoy coming to work every day.”

Susan and her husband Karl are still newlyweds! They were neighbors in Montana, and had lost touch over the years, but in 2018 they were able to reconnect on social media and got married in January 2021.

Susan says they enjoy playing pool, doing puzzles, watching TV and tending to outdoor plants and flowers in the summer, and, of course enjoying time with Jillie, the family dog.  Susan and Karl share their home with Susan’s sister Julie, who came to live with Susan after a medical crisis in 2020.