BOILER PICTURES - BEFORE & AFTER

One of the first questions a good brand consultant will ask is “How are you differentiating yourself – why do people want to buy from you?”

Cats and dogs alike at the brand new $7.5 million Lawrence Humane Society facility are enjoying nicer, larger spaces thanks to the building’s modern additions and renovations.

The new building not only houses space for the animals, there are multiple meet-and-greet spaces for their human friends to visit with them and hopefully take them to a forever home. 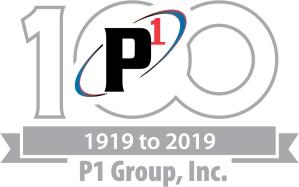 Talented technicians are just one of the ways P1 Group excels at customer service. That’s why P1 put together a service technician training committee.

The committee was assembled over the summer with the goal of developing a technical training curriculum that will address the topics most vital to our associates.

If you have any involvement with your facility’s HVAC, chances are you’ve been hearing about the R22 phaseout. But be warned: simply Google searching your options could lead you down a path of misinformation.