Making the Most of a Great Opportunity: Associate Spotlight on Jeremy Alexander

The successful man was out and on the job long before opportunity came a-knocking. And this same opportunity is often disguised as hard work." ~anonymous

Service Technician Jeremy Alexander is no stranger to hard work. As a teenager, he started working for his dad’s company pouring concrete and eventually moved on to remodeling homes.  Although it provided steady income, there were no benefits and when he found out he had a daughter on the way, he knew he needed to find something better to support his family.

At the time, his crew happened to be working for P1 Group Vice President-Topeka, Jim March (now retired). Jim recognized Jeremy’s work ethic and invited him to interview with P1.

Jeremy took advantage of the opportunity and started working in the Topeka warehouse. In just two years, he entered the Plumbers and Pipefitters Union, Local 411 Apprenticeship program. Working on the HVAC track, he discovered a passion for plumbing along the way.

“I like working in different places every day,” Jeremy said. “Going full speed when we are busy, service calls flying in, emergencies everywhere and you have to just go. That’s what gets me going.”

“One of the things I most appreciate about Jeremy is his creative solutions to bizarre problems in our nearly 100-year-old sorority house,” Molly said.

When damaged ceiling tiles in the formal dining room proved tough to repair and even tougher to replace, Jeremy came to the rescue.

“After Jeremy investigated and repaired the leak, we discovered that replacement ceiling tiles were no longer available anywhere. We were hosting a formal dinner for 400+ people the following week," Molly said. "Jeremy found a large piece of similar ceiling tile material and custom-cut it to match the existing old ceiling. Problem solved!”

Jeremy says the most challenging part of his job is coming across something he hasn’t worked on before, but he has a great support system with the other plumbers and is always able to “phone a friend” if he needs some assistance. Learning new things is what keeps the job interesting and he likes the challenge of problem solving.

He also enjoys the camaraderie he has with the other P1 Group plumbers.

“We spend more time with each other than we do with our own families." he said. "It’s great that we get along well and are able to have some laughs and fun.”

Jeremy appreciates what a great career he has and understands what it takes to get ahead. 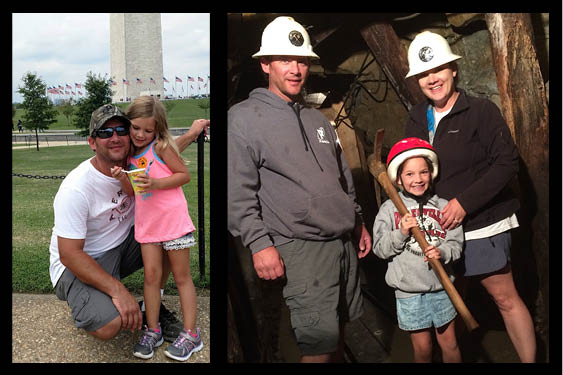 OUTSIDE THE WATER WORKS

Jeremy stays pretty busy, but when he does have some free time, he likes to kick back and watch episodes of “Gold Rush” and “Curse of  Oak Island.” His other passion is going to auctions. “The beauty of  going to an auction is you never know what you are going to walk  away with,” Jeremy explained.

Above all, he appreciates time with his wife Trishelle and his 8-year-old daughter Kamdyn.

“They have been very supportive, and ‘hold down the fort’ when I’m putting in a lot of hours.” We enjoy taking family trips and try to get  away whenever we get the chance.”

Going Where the Technology Is (Part II) P1 Building Technologies