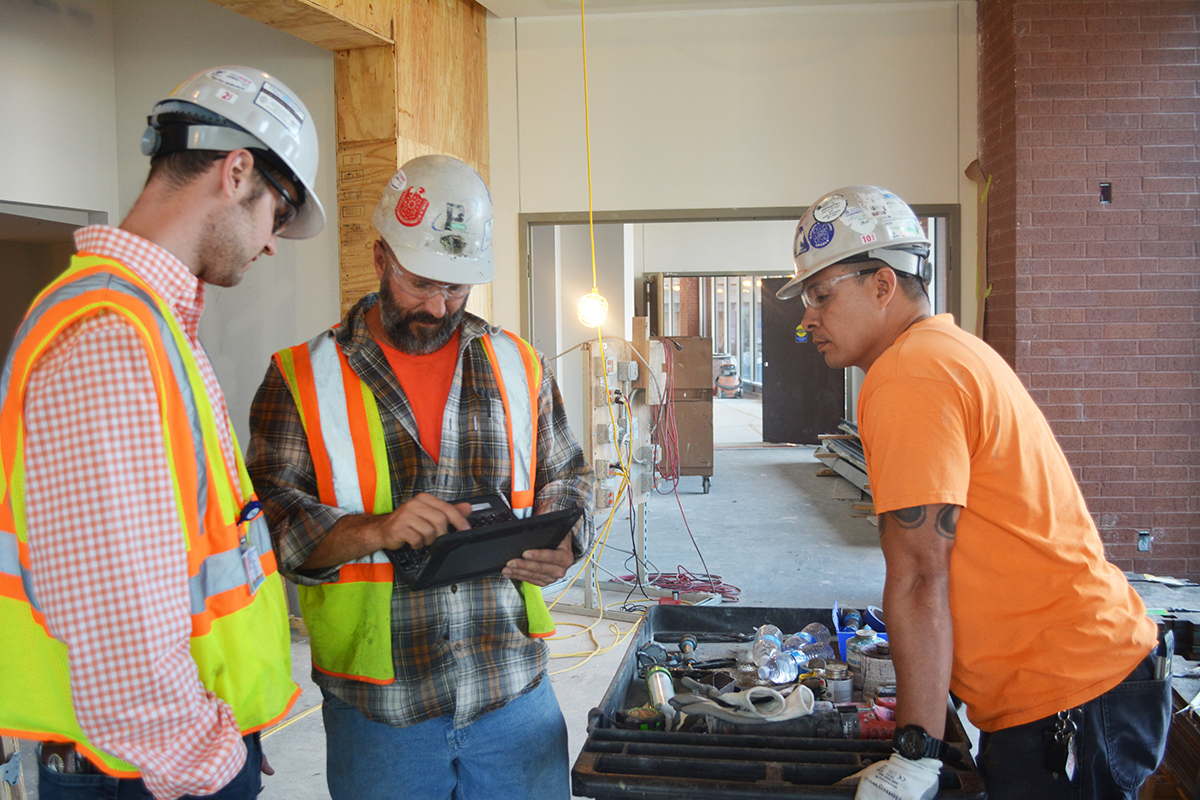 L to R: Brady K. in the field during his P1 Group Internship, with Plumbing Foremen Rob D. and Daniel C.

When P1 Group recruits interns, the company strives to find talent that will go on to do great things in a P1 career.

Project Engineer Brady K. was one of those interns. Brady accepted his first internship at P1 Group following his third year at Pittsburg State University upon the suggestion of a faculty advisor.

“I was a member of the MCA (Mechanical Contractors of America) student chapter at Pitt State and took mechanical and plumbing classes,” Brady said. “P1 Group’s business fit with my interests.”

“At P1 Group, I got to see the specialty side of construction,” Brady said.

Using P1 Group’s fabrication capabilities to great advantage, the majority of HVAC piping and plumbing was made in our fabrication shop off-site to keep the project on schedule and within budget.

“It was a large project and they were deep into the construction of the tower and also the central utility plant when I came on. I got to see some very large pipe and ductwork going up,” Brady said.

Brady came back for a second internship in his fourth year and was ultimately offered the project engineer position with Team Synergy, reporting to Vice President Paul S.

“The experience I got in my internships made taking a full-time position at P1 an easy decision,” Brady said. “Right away I was given tasks and allowed to run with them, with guidance, which really motivated me to learn as much as I could during that time in the field.”

Today, Brady manages a wide variety of tasks to keep projects moving, from problem solving and scheduling to managing small projects on his own and continuing to assist with major construction projects. He is currently working with P1 Group on the Children’s Mercy 9-story research tower project in Kansas City, MO.

“Watch the estimators, go to job sites and ask questions, sit in on Virtual Design Construction BIM meetings,” Brady advises future interns. “P1 was very willing to let me experience what I wanted during my internship and it helped shape my career path.”