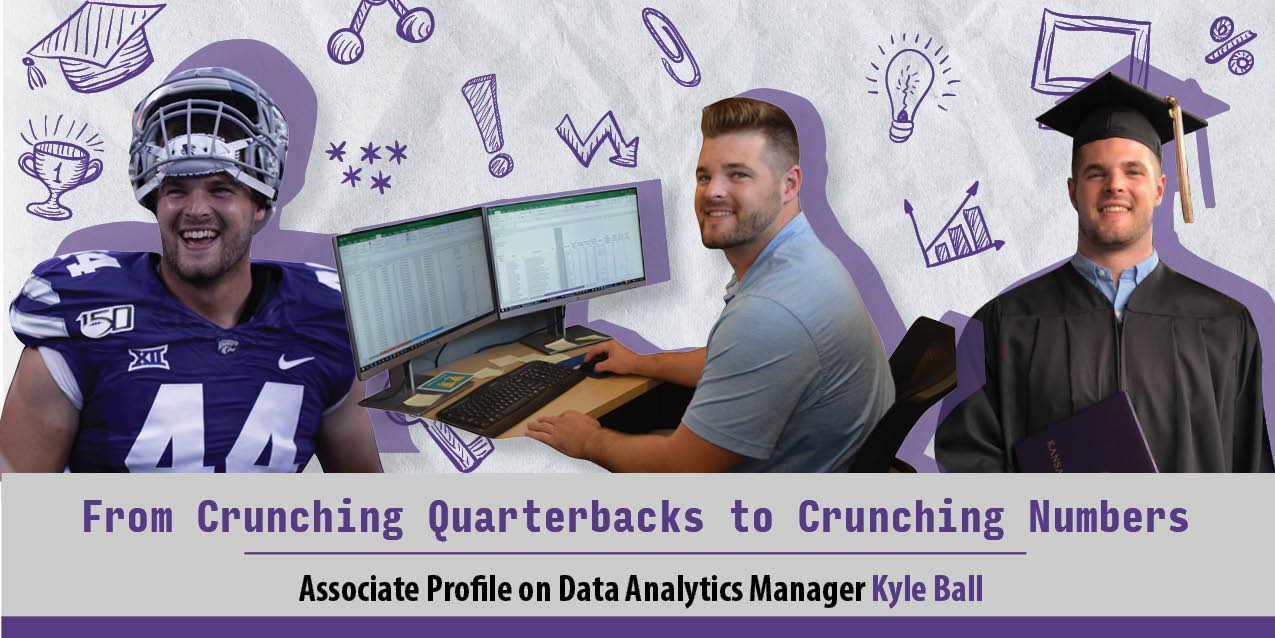 As long as he can remember, Kyle Ball has loved football.  Even before he was allowed to play organized tackle football, he could often be found outside in his Prairie Village, KS, neighborhood, playing pick-up games with the neighbor kids. In elementary school, he listed playing college football as a life goal. During his senior year of high school, several universities came knocking, including the University of Kansas and Kansas State.

“I chose K-State because they had a great program and I was excited to play for coach Bill Snyder,”  Kyle said. “Playing football at K-State was a dream come true and I have memories that will last a lifetime.”

“My very first college play was a sack against Texas at home, so that was definitely memorable,” Kyle recalled. “But the highlights of playing college ball were the people I met and the bonds I formed through the hard work of practices and the thrill of big games.” 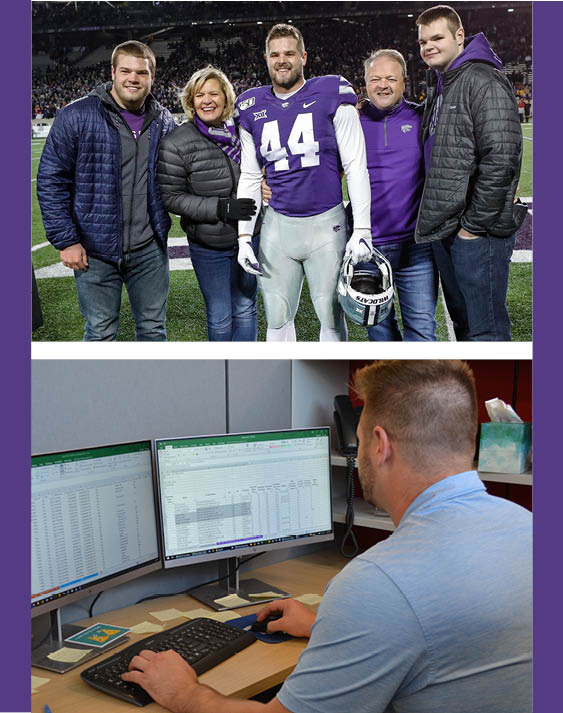 Even though football was a huge part of his college experience, earning a degree was the primary goal.  “At first I wasn’t sure what I wanted to study so I tried Engineering and Political Science before finally deciding to major in Finance,” Kyle said.

When he received his Bachelor’s Degree, he still had scholarship eligibility left, but not enough to cover the full MBA he was considering.

“I needed something I could complete within a year and K-State had just started offering a new program in Data Analytics,” Kyle said. “Data is really big right now and I’ve always loved numbers and solving problems, so I decided to go for it.”

Kyle's first job took him on site to a project in Nashville, TN, and although he learned a lot, he was also putting in a lot of hours and decided to make a change.

During his time at K-State, Kyle became good friends with P1 Vice President Steve Smith’s son, Wyatt Hubert, who now plays for the Cincinatti Bengals. When Kyle mentioned his desire to come back to the Kansas City area, Steve offered to pass his resume around to people he knew in the industry.

His resume ended up in the hands of P1 Service President Phil Nehring, who recognized a need for data analytics at P1 Group.

Data analytics deals with looking at past historical data and information and processing it is such a way that allows you to identify things you wouldn’t normally see by just looking at the numbers.

With the right information, it can be possible to identify things such as top customer markets, and other architecture, engineering, and construction companies whose projects have been most successful. The ultimate goal is to define trends and patterns in the industry from past results to provide tools for decision making in the future.

Kyle says one of the biggest challenges he faces is gaps and inconsistency in the available information.

“People and systems have changed, as well as the way information has been gathered and stored over the years, so figuring out how to fill in those gaps is always tough. But working at P1 Group is a unique opportunity for me to show what I can do with the data, and how this information can help the company make more informed business decisions down the road.” 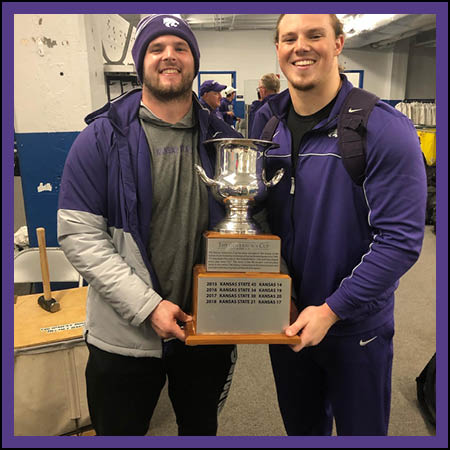 Outside of work, Kyle has returned to his football roots by helping coach at Gardner Edgerton High School.

“I really miss playing football, but being able to teach kids and see them perform the things I have taught them in a game is really rewarding. It’s exciting to be part of the game again. I really enjoy seeing all the strategy that goes into it.”

Kyle also stays active by playing sand volleyball and pickle ball and belongs to several leagues and organizations in the area.